Large natural resource projects such as those currently underway at the Caucharí-Olaroz and Thacker Pass lithium projects, have the potential to deliver significant, positive impacts on society and the environment.  Lithium Americas has established environmental, sustainability and governance (“ESG”) principles and practices and is responding, through our development and construction programs, to global changes in the mining and chemicals industries.  We seek to develop, build and operate lithium mines and compound processing facilities that adhere to the highest standards of ESG monitoring, compliance and reporting, while producing future sources of high-quality, low-cost lithium compounds to fuel a global, low-carbon economy.

Lithium Americas’ 2019 Sustainability Report has been prepared with reference to the Global Reporting Initiative (GRI) Standards predicated on a robust materiality assessment and comprehensive disclosure on the management approach for our material ESG topics. 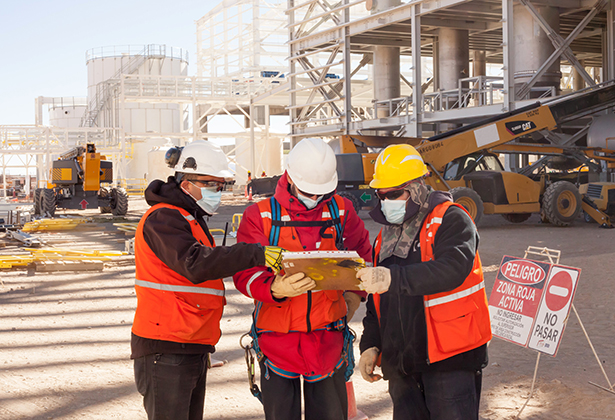 Lithium Americas maintains a strong awareness of our responsibilities within the environments and communities where we operate, and the resulting impact of our proposed operations in the United States and Argentina.  Lithium Americas has implemented environmental, social and corporate governance (ESG) principles and practices to ensure the Company’s exploration, development and construction activities are conducted according to relevant mining and environmental laws within the regions and countries where we operate. Furthermore, where possible, Lithium Americas hires local personnel, uses local contractors and suppliers, and seeks to provide a safe and inclusive work environment with opportunities for workforce training and advancement.

Sustainable development is an integral part of the decision making process at Lithium Americas. The Company’s Board of Directors places considerable importance on a range of issues including health and safety, the environment and community relations. The Board of Lithium Americas has formed an Environment, Sustainability, Health, Safety and Community Engagement Committee to assist the Board in its oversight, monitoring and review of Lithium Americas’ practices and governance in the following areas: 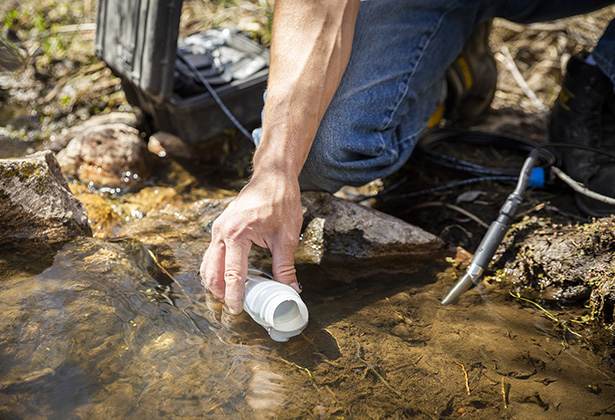 Lithium Americas continues to make considerable progress toward achieving its sustainability goals as it continues to advance construction work at its 49% owned Caucharí-Olaroz project in Jujuy Province, Argentina, and a feasibility study in respect of its 100% owned Thacker Pass project in northwestern Nevada, United States.  The successful completion and commissioning of the Caucharí-Olaroz project and advancement of the Thacker Pass project are underpinned by the unwavering commitment of the Company at all levels to responsible and sustainable business practices and the protection of the natural resources on which we depend.  We do this by responsibly managing our impact in the regions and communities where we operate.

Lithium Americas also works with leading engineering consultants with expertise in environmental and sustainability practices to identify, assess and manage the potential environmental and social impacts of our projects.  We believe that collaboration with stakeholder groups, adherence to local, national and global environmental standards, and social performance, can help the Company to develop and achieve its environmental, social and financial goals and objects, as we work to develop new sources of high-quality lithium required to meet the growing demand for low-carbon energy sources. 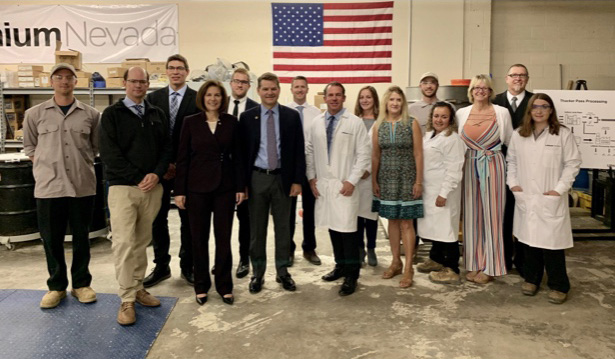 Lithium Americas intends to develop a leading lithium operation in the United States through an innovative processing approach, engagement with partners, communities and customers, and a commitment to principled entrepreneurship and sustainable development. The Thacker Pass deposit is the largest and highest-grade known sedimentary lithium deposit in the United States.  The project is expected to provide employment to approximately 1,000 workers during construction and 300 permanent workers during the operational phase.  Proposed production from the operation is anticipated to meet most or all of the projected demand for lithium of the United States, and is therefore expected to significantly reduce the country’s dependency on foreign supplies. The design of the project incorporates technology intended to minimize carbon emissions, and recycle and reuse water to reduce consumption levels, to the extent possible. The planned location for the mine, processing facilities and project infrastructure is intended to preserve and protect high-value ecological areas in the Montana Mountains.

Thacker Pass has been designed to avoid environmentally sensitive and rugged terrain, which is expected to reduce permitting timelines, construction risks and costs.  The plant and tailings facilities have been situated in the low-lying area of Thacker Pass and immediately adjacent to the pit.  The flat and expansive terrain allows for a compact footprint and for future potential expansions.

Lithium Americas owns 49% of the Cauchari-Olaroz project through its ownership interest of Minera Exar S.A., which is jointly owned with Ganfeng Lithium who holds a 51% interest. An independent technical reported prepared pursuant to National Instrument 43-101 titled, “Updated Feasibility Study and Mineral Reserve Estimation to Support 40,000 tpa Lithium Carbonate Production at the Cauchari-Olaroz Salars, Jujuy Province, Argentina”, filed by Lithium Americas in October 2020 sets out substantial employment and economic benefits to local communities and the provincial and federal governments.  Specific economic benefits of the expanded Caucharí-Olaroz Project include (based on a 40,000 tpa feasibility study and a price of US$12,000/t Li2CO3):

Preference is given to the surrounding areas of the project in terms of workforce.Minera Exar has developed a training plan for local staff, in order to meet its commitments on hiring and engaging local labor.It is expected that employees and contractors will also be recruited from areas outside of Jujuy province, when Minera Exar’s workforce needs cannot be met locally.